Young and successful is how one would describe Donny Pramono, who has succeeded in turning Sour Sally into a major business in the frozen yogurt industry.

He plans to expand his business further in the near future by opening outlets in Surabaya and Bandung.

“Next to Jakarta, we will open branches in some major cities in the country as we realize there is a demand for frozen yogurt not only in Jakarta but also in many other cities,” said Donny, who was born in Jakarta on December 30, 1981. 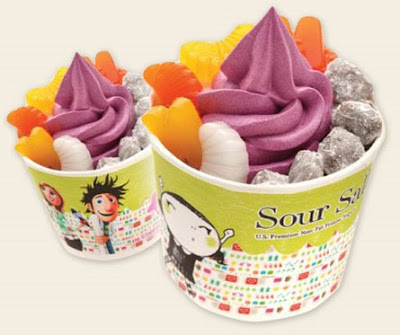 Donny is indeed very happy with his successful business, which is somewhat related to his days of studying in the US. Donny, who is single, said that Sour Sally was born from his liking of frozen yogurt. When he graduated he returned to Indonesia and started his frozen yogurt business, which was not common in Indonesia at the time.

With his family’s full support, Donny conducted research and a number of tests of various frozen yogurts to create the perfect flavor. The fresh toppings he created have made it more delicious.

Yogurt is not only delicious, Donny said, it is also beneficial to health and can help reduce cholesterol. People in the Middle East have consumed yogurt for thousands of years and use it in their cooking.

Donny said yogurt is gaining popularity here and the number of people who consume it is constantly increasing, as are his outlets. Some cafes even include yogurt in their menus. “There are many varieties of yogurt, which has become trendy. Sour Sally’s presence in the past year has also actively contributed to this phenomenon . the yogurt phenomenon, that is,” he said.

After careful research, Donny decided to open his first outlet in Senayan City, Jakarta. The response was beyond his expectations and customers kept increasing every day. This prompted him to open more outlets in the city.

He said the success of Sour Sally required patience and innovativeness. His strategies included preparing a delicious range of yogurt and building a solid team. He also focused on his market segment, which mostly comprised teenagers, young professionals, foodies and those who like to hang out.

He has also had to be creative and never give up in times of difficulty. “When you have a dream you have to believe that you will realize it one day. That way you have the strength to fight for it. At the same time we must also be aware that from time to time there are always impediments, but they should not deter us from striving to reach our dream. In fact, the impediments should spur us on to be innovative and look for the right solutions,” said Donny, who loves to play futsal.

The way he plays futsal and does business are quite similar. “I prefer to be a striker, because a striker keeps moving forward and fights on and he is never desperate,” he said with a laugh. “We also have to maintain good relations with other parties, especially our customers and the media,” he added.

Although already successful, Donny continues to put all his best efforts into his business. He has even received requests to open Sour Sally outlets in other countries. “Of course, I would be extremely proud if this local brand could be successful in other countries, which would mean that Indonesia can create a trend or a brand that is competitive enough there,” he said.

To introduce Sour Sally to the public, Donny created a cute mascot of a little girl called Sally that is readily identifiable with Sour Sally.

While yogurt is sour, Sally is a sweet character, and hence the brand Sour Sally. Starting from its launch, the mascot and brand attracted numerous customers as they fell in love with both the cute little girl, Sally, and the frozen yogurt, Sour Sally, which is sour and sweet in taste yet delicious and healthy.

Sour Sally outlets also offer “Sour Sally Lover Cards” for discounts. Another innovation is the launch of new products, such as the Pinklicious Waffle, which was introduced on Sour Sally’s first anniversary.

The waffle was in fact created in response to customers’ requests. There are also various accessories available in the “Sour Sally Original Collection”, which can be purchased at all Sour Sally outlets.

Donny said his success was due to the strategies he applied and hard work, and he thanks God for the success of Sour Sally. His studies in marketing also played a major role as he believes that a good product should have a good marketing strategy. He also said that good relations should be maintained with everyone, including customers, suppliers and the media.

“Success is a blessing. For me, it makes me work harder to realize my dream more fully. So don’t stop after one achievement, because success is never ending. There are further achievements to make after one success,” he explained.

So success is only measured based on one’s target. This is the case with Sour Sally, which is successfully developing and has plans to open more outlets in Jakarta and other major cities.