Indonesia’s presidential candidates have delivered a strong message to all voters, that once they’re elected, they’ll strive for higher GDP growth in times ahead.  The incumbent Yudhoyono said Indonesia will achieve a strong and sustainable 7% growth starting 2014,  Kalla and his pair were sure that Indonesia can start enjoying 8% in 2011, while Mega and Prabowo tried to convince us that Indonesia can even be buoyed with 10% growth.

The question is simple ! Can Indonesia?

I am not going to discuss the possibility level of those figures, but let me share with you my limited knowledge about how to achieve GDP growth.
First, these are the variables of GDP :

So, how to achieve a double digit growth? Easy ! Double-digit the percentage of all those 4 variables, especially the investment (including Foreign Direct Investment), and export (you may include Foreign Tourism Expenditures here).

Only by that can we run fast and fly high!

One of the impacts of global economic downturn would be around investment, where people/companies are more considerate, careful, and sometimes reluctant to release their money to be invested somewhere else. In the 80′s and early 90′s, Indonesia was among the top destination for FDI (Foreign Direct Investment) which amounted to $20 billion a year. After that golden decade, FDI continued to fall following the Asian economic crisis 1998. But hey, the tide is up again! Last year, we booked a net FDI totalling almost $18 billion, outperforming all ASEAN countries.

This year, it is estimated that the money for investment worldwide would fall to only $300 billion, from $520 billion last year. Indonesia, due to its vast economic opportunity, political stability, and rising image, should benefit and at least keep up the good work last year. The Good News is, in Q1, FDI already reached $3 billion.

I had a very interesting discussion with a friend from Canada regarding economic growth. We tried together to select some significant factors which can lead to huge GDP growth; I personally believe that economic high-growth is almost certain to reap substantial long-term benefit in terms of poverty reduction and wider human development.

– Globalized economies. Integration into the global economy facilitates not only trades but also inward transfers of technology and knowledge from abroad, which enable developing countries to catch up economically with developed countries. Foreign Direct Investment is a major vehicle for these transfers, but so is foreign education and foreign networking by nationals. At this point, Indonesia sometimes found itself highly relied on domestic demand, which was actually not good. Malaysia and Singapore somehow protect their economy by pursuing trade surplus and promote protectionism within the country.

– Free markets. I do not really agree with this though. But no other system has succeeded in generating sustained high economic growth. Liberalizing product markets generates competition, and liberalizing labor markets creates conditions for workers to move among companies–a key component (alongside training and education) of protecting people rather than jobs, companies, or sectors.

– Good leadership. Sound economic frameworks are unlikely to generate sustained economic growth in the long term unless well-functioning and visionary governments maintain and drive them. These need not necessarily be democratic; from the perspective of sustaining long-term economic growth, critical elements are strategy and communication, credibility and inclusion.

As for Indonesia, we are less-globalized, compared to our neighbors which makes us remarkably strong in defending our economy against global crisis. But in the long-run, we must create a niche for our economy to slip in, and make 60% globalized. (now only 30%). We are quite stable, our foreign investment jumped 117%, yes one-one-seven percent, last year, and put us as the country which attracted the biggest foreign investment last year in ASEAN.

Good leadership? Our leaders aren’t really good, but at least we can keep them on track with national agenda.
So, why don’t we gain 10% annual economic growth? Only by pushing economic growth to 10% can we be a developed country in 15 years. 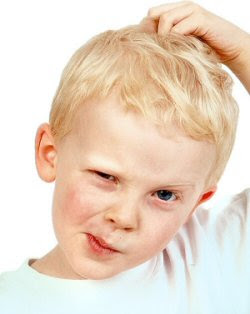 SO, WHAT IS STOPPING US?