Where All The Planes Go?

I was somewhere in the Philippines in 2006 when I witnessed with my bare eyes that some of Philippines-based airlines (Asian Spirit airlines) used Indonesian-made CN-235. That time, i admit, i was surprised because all those while’ I’d kept on thinking that CN-235 only sold domestically inside Indonesia.

Then I started to learn that Indonesia managed to sell some of CN-235 aircraft to neighbors like Malaysia, Brunei, and Philippines. Bram, a good reader of GNFI residing in Singapore, gave me a link describing that CN-235 has been sold worldwide beyond Asian continent’s border. Here’s the list:

GNFI was deeply saddened by the news of Hercules crash in East Java which said to have taken more than 100 lives. I think this kind of fatality has been here and there in Indonesia, with almost the same cause: aging military transport. 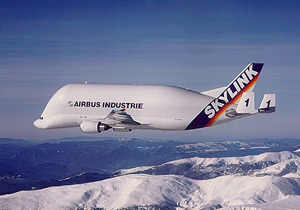 I am sure, the next president of Indonesia will swiftly address this matter by simply acquiring new military transports, namely new Hercules planes, or even a better and long-term option, such as Antonov 255, or Airbus Beluga, or Boeing Dreamlifter. Indonesia is a very big country, need big transporters too, and we can make best use of those giant planes to carry emergency support to every corner of the world. That would also raise our image globally. As for personnel carrier, we can produce more CN 235 or CN 255 domestically.

A strong and committed leadership is needed here. GNFI conveys a deepest condolence for the departed souls of Hercules crash victims. May Allah place you in a better place. Amien.

Aircrafts Made In Indonesia, How Are You?

If it could answer, it would say ”I am good, and getting bigger”. Why is that?
Indonesia just received an order from Qatar Airforce for PT Dirgantara Indonesia (PTDI)’s CN-235 not so long ago. As posted in GNFI many months back, CN 235′s active clients are Philippine, Korea, UAE, Malaysia, and now Qatar.

Not only that. PTDI  also secured an order from Airfast for NC 212-400 ,  from Transwisata for NC 212-200, another CN-235 from Korean Airforce, and from Eurocopter for SuperPuma.