Asia’s Supertall Building Will Be In…?


World’s tallest building is currenly hosted by Dubai of UAE, the Burj Khalifa. No one denied that the design is very grand and beautiful. Its height passes over Taipei 101 in Taipei, and Jian Mao Building in Shanghai. Many still argue whether the building as high as Burj Khalifa is really needed. Well, whatever..2 thumbs up for Dubai.

Indonesia is all set to have at least 3 very tall building in Jakarta, one of it will be the next tallest in the world. But, not so many people know that Indonesia’s 5th largest city, Bandung will soon host Asia Pacific’s tallest tower towering 622 m height. It is called “Allegro Altura Iconic Tower” which will ‘decorate’ north Bandung. The other iconic thing is that it will be built on a plain whose altitude is 810 meter above sea level. In aggregation, its tip will be almost 1.5 km. Hmmm..Is that possible? Let’s see.

Oh, btw, it will be located at Dago Hill, and this building is amied to host int’l events, fashion show, media center, hotel, and offices. The top of it will be used for observation gallery. 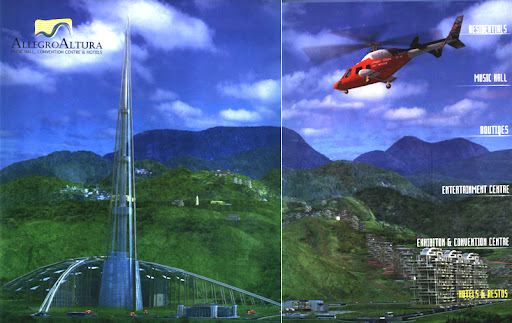 
6 Responses → “Asia’s Supertall Building Will Be In…?”
Click here to cancel reply.
Leave a Reply