Thailand and Indonesia to drive Asean

Indonesia and Australia in the ‘Asian Century’

The rise of Asia is being driven by the unprecedented transfer of wealth from the West to the East, from the Atlantic to the Pacific which is likely to continue into the foreseeable future. This seismic shift, driven by the spectacular economic growth of China in particular but also by the rise of India, the continuing economic strengths of Japan and South Korea in addition to the growing potential of Indonesia and Vietnam, constitute an historic global turning point to which Australia must respond if we are not to find ourselves left behind.

It has recently become something of a cliché but we do live in a greatly changed and much more interconnected world now. The Asia Pacific is the region where the world’s major power relationships most closely intersect. It is where the template for the United States/China relationship will be shaped. It is also the crucible in which the inter-relationships on Asia Pacific issues between Indonesia, Australia United States, China, Japan, Russia, South Korea and the main other ASEAN countries will be forged.

In this rapidly changing world, we need to put outdated Cold War thinking behind us. Australia needs to decide whether it wants to cling to a historic past or be actively engaged in Asia’s future. I believe we need to develop a more comprehensive and integrated strategy for the future and then secure bipartisan political support and much wider public acceptance of the strategy.

I have some concern that in this changing world Australia is losing ground. At present Australia brings to my mind an image of a marathon runner, carrying a 10KG back pack. We can see some neighboring countries pulling ahead of us and at present, because of our turbulent political situation, we seem unable to increase our pace. One can only hope that, once the general election next September is behind us, the incoming Government will focus on how Australia can increase its productivity and reduce the obstacles to our engagements.

I recall when I was posted in Moscow travelling by train on the Siberian railway between Omsk and Kharborovsk listening to two Russians talking about the future of the Soviet Union. One said “we are building a new communist society”. His more cynical and realistic companion replied “yes, only in the media”. This remark 50 years ago has a resonance for me in Australia today.

The fact is that we are not doing as well with our Asian engagement as the regular rhetoric and diet of “spin” emerging from Ministerial offices would have the public believe. For example the study of Asian language, especially Bahasa Indonesia, in our schools and universities has substantially diminished in recent years.

Australianeeds a fundamental change to its national psyche, focused more on Asia than on our traditional links with the United States, the United Kingdom and Europe. We also need a continuous and sustained, rather than a spasmodic approach to the countries of Asia.

The idea that Australians do not have to choose between our history and our geography is simplistic and has been a politically expedient cliché to avoid considering in depth our relationships with the United States and China. Our history is our past; some of it noble and some of it shameful. The reality is that our future lies in our geography. The steadily increasing importance of Asia and the need for Australia to adjust to its geographical environment is of course not new. Successive governments have advocated this but their responses, so far, have yet to reach stated outcomes or government rhetoric and have been far from adequate.

A key task for the Australian Government which comes to power in September will be to determine a more appropriate and updated balance in our relations with the United States and China, the emerging super power. Another will be to reinforce with action and funding, the Government’s rhetoric about our role in the Asia Pacific region.

There is currently a debate as to whether the United States is in decline or whether it will continue to maintain a strong involvement in Asia and another debate on whether China’s economic progress will stumble as a rising Chinese middle class may challenge the continuing authoritarian rule of the Communist Party of China.

The United States, traditionally a major importer of natural gas and coal, is now undergoing a great change. Its production of shale gas means that the United States will overtake Saudi Arabia as a producer of oil and gas by 2020. Problems which seemed insurmountable five years ago will now be surmounted. So although the United States faces considerable domestic financial problems it would be wrong to assume that it is in economic decline and will prove unable to maintain a strong role and presence in Asia.

In respect of China, there is no intrinsic reason why China, under its system of authoritarian capitalism, through which some four hundred million people have been lifted out of poverty, cannot continue to rise peacefully, provided that the new leadership under Premier Xi Jinping, established earlier this year, manages the major social and economic problems which China will need to address.

In the Asia Pacific Region Australia must maintain an unambiguous signal to the Australian public as well as to the United States and Chinese Governments that, while we are in a long standing alliance relationship with the United States and while we have different values from China, we welcome the rise of China and oppose policies directed at the containment of China. A failure to accommodate a rising China if mismanaged could lead to instability and frustrate progress towards Asia Pacific Regional co-operation. All countries in the region need continued peace and stability if they are to continue to grow economically and deal with competition within the region for resources, including food and water.

The present debate about China mainly assumes that Australia has no choice but to support American primacy in Asia against a perceived threat of a rising Chinese hegemony. Former Prime Ministers Hawke, Keating and Fraser have all argued that this is a simplistic notion which should be challenged. Similar concerns have been raised by a number of Australian business leaders, academics and commentators.

There is a danger that adversarial attitudes towards China could become a self fulfilling prophesy. While China can be expected to resist American “hegemony” over the Asian region it welcomes a constructive United States involvement in Asia. China is not a natural enemy of the United States. It is essential that both countries and other major countries in the region, including Indonesia and Australia, develop further the habit of frankly discussing difficulties as they arise within existing cooperative frameworks, such as the G20 and the East Asian Summit which is becoming a de facto emerging Asia Pacific community. No regional problem can now be resolved without the involvement of the United States, China, Japan, Russia and Indonesia.

Turning to the Australia/Indonesia relationship we need to strengthen the habit of regular, improved consultation on a wide range of policy issues, especially in advance of any major policy decision which we might take and which would affect Indonesia. A recent example of our failure to do this with negative consequences was the decision subsequently rescinded to ban live cattle exports to Indonesia. Another is the handling of the refugee/asylum seekers issue in the region, an issue which is much less of a priority to Indonesia, than it is to Australia. Another was the decision, announced during President Obama’s visit last November to locate 2,500 US Marines through Darwin.

Many Indonesians also see Australians still as part of the Anglosphere, as uncouth in terms of their own culture and still harboring undertones of racism and religious intolerance. These suspicions go back of course to the days of the White Australia Policy and statements of politicians such as Pauline Hanson. Many Indonesians I have encountered also remain uncertain about the depth and sincerity of our commitment to our Asian and South West Pacific neighborhood. I have always found on visits that we are on a sort of “good behavior bond” in the eyes of many.

While Indonesia, like Australia, welcomes a constructive continuing United States involvement in the Asia Pacific there is some concern about the so called “pivot to Asia” – now referred to as “rebalancing”. Australians in particular need to know what this will involve for us in United States strategic thinking. In respect of Indonesia there will be some concern for example as to the extent to which the Cocos Islands – so close to Indonesia and Malaysia yet now part of Western Australia – might be used for security purposes in respect of the South East Asian and the Southern China region.

While the present Government maintains that Australian strategic cooperation with the United States is not related to any containment policy, the Government’s rhetoric should not be contradicted by our actions. Also we should, as a matter of course, keep Indonesia informed of what involvement we may be entering which may affect them. Australians themselves are not fully informed. Ministers, advised by their spin doctors, often obscure issues and mislead the public at press briefings and even at press conferences. This reflects residual Cold War thinking which needs to be put to one side.

It is of course of great importance to Australia that Indonesia will have parliamentary elections in April next year for the Indonesian parliament (DPR) followed by the presidential election in June. So there will be a major political change in Indonesia next year. It is too early to predict who the new President will be. Unfortunately it will not be Susilo Banbang Yudhoyono (SBY) as under the revised Indonesian constitution the President is limited to two terms.

There is no clear front runner at present who we could confidently predict will replace SBY but, whoever it is, a reelected labor government or a new coalition government in Australia will need to move quickly to reinforce and strengthen further the relationship. Personal affiliations will remain important.

I was disappointed that the Republic was not mentioned in the White Paper on Australia in the Asian Century. It should not have been overlooked. Australia is still a work in progress. The next constitutional step in the unfolding story of Australia should be the establishment of the Republic which will be, like Federation itself in 2001, a defining moment in our history.

Our anachronistic links with the English Monarchy and the fact that our Head of State is still the Queen of England, does limit the understanding overseas of Australia’s place in the world.

This is not simply a constitutional issue. The establishment of an Australian Republic will have both Foreign Affairs and Trade advantages. It will also reinforce the Australian identity throughout the world.

To conclude the importance of our relations with Indonesia in the future and in the context of the Asian Century cannot be over-stated. It is essential that each country comes to know more about its neighboring country.

As a nation we need to be genuinely and continuously engaged – not in a rhetorical sense or going through the motions – with our great neighbor of increasing global and regional importance. We shall both share this neighborhood for the rest of time.

END_OF_DOCUMENT_TOKEN_TO_BE_REPLACED

Thailand and Indonesia to drive Asean

END_OF_DOCUMENT_TOKEN_TO_BE_REPLACED 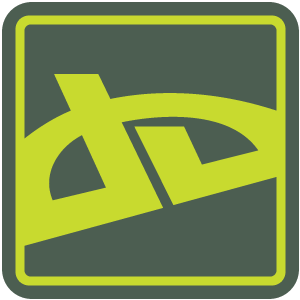