On the first day of 2011, GNFI would like to give you a review of 36 records that Indonesia holds. Record here means what belongs to Indonesia which other countries don’t have, not Guinness Book Records. These are amazing, and I’m pretty sure that there are still a lot of remarkable things out there which we haven’t realized.

Due to the fact that 36 records will absolutely form an extremely long post, the records will be divided into six posts. You might be familiar with some of the records, but just keep reading guys!

1. The largest volcanic eruption.  With an estimated ejecta volume of 160 cubic kilometers, Tambora’s 1815 outburst was the largest volcanic eruption in recorded history. Mount Tambora (or Tamboro) is an active stratovolcano, also known as a composite volcano, on the island of Sumbawa, Nusa Tenggara Barat, Indonesia. Sumbawa is flanked both to the north and south by oceanic crust, and Tambora was formed by the active subduction zone beneath it. This raised Mount Tambora as high as 4,300 m (14,100 ft), making it formerly one of the tallest peaks in the Indonesian archipelago. After a large magma chamber inside the mountain filled over the course of several decades, volcanic activity reached a historic climax in the super-colossal eruption of April 1815. The 1815 eruption released sulfur into the stratosphere, causing a global climate anomaly like persistent dry fog that appeared in the northeastern united states, frosts in Connecticut, and the cold front gripping most of New England. The eruption of Mount Tambora in 1815 caused wide spread harvest failures in Northern Europe, the Northeastern United States, and eastern Canada in 1816, which was known as the “A Year Without Summer”.

2. Indonesia has more than 400 volcano and 130 of all are active. some of them are on seabed. The volcanoes in Indonesia are the most active of the Pacific Ring of Fire. They are formed due to subduction zones between the Eurasian Plate and the Indo-Australian Plate.

3. The Republic of Indonesia is the largest archipelago in the world but this is meant by area and not by number of islands. Indonesia comprises 17,508 – 18,306 islands and 8,844 that have been named according to estimates made by the Government of Indonesia, with 922 of those permanently inhabited.

the islands span 5,400 kilometres (3,400 mil) eastward from Sabang in northern Sumatra to Merauke in Irian Jaya. If you superimpose a map of Indonesia over one of Eurasia, you will find that it stretches from Eastern France to Western China; compared to the United States, it covers the area from Eastern California to Bermuda.

three of six biggest islands in the world are also in Indonesia, there are Kalimantan, Sumatra and Papua. 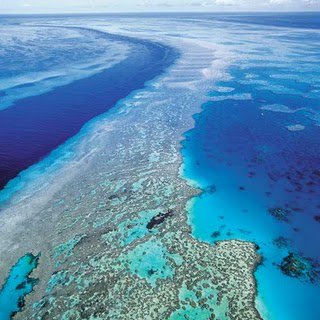 5. Java Island is the most populous island in the world where more than 60% of Indonesian (among 130 million people) live. FYI, java is only 7% of Indonesia!

6. Bungin Island, a small coral island lying about four kilometers off the coast of Sumbawa in West Nusa Tenggara province is the most densely populates man-made Island in the world.  Bungin is also the only island which keeps growing in size. a 2002 survey indicated the island covered six hectares, and now it covered eight. how does that happen? 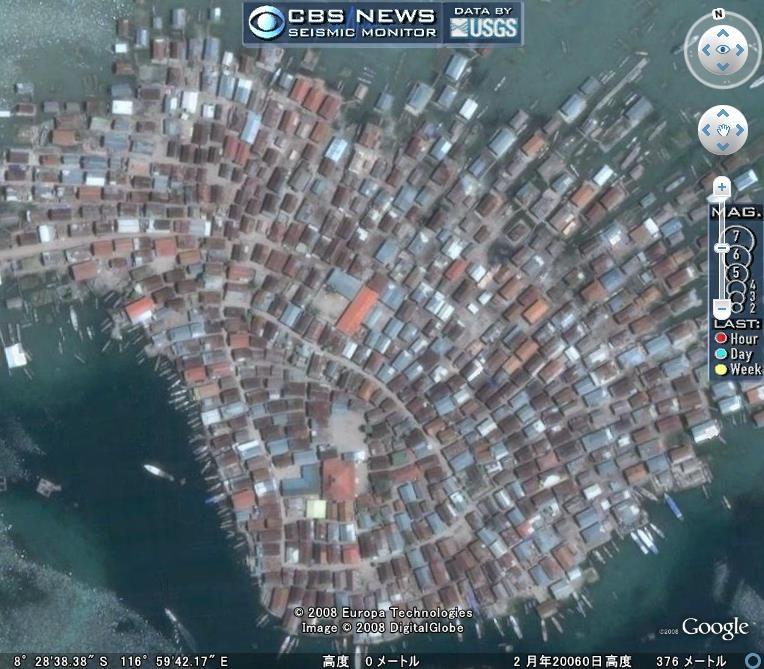 One of the main reason Bungin Island can continue to accommodate its growing population, and also why the island itself is growing, is its traditional marriage law. This law requires would-be couples to prepare the site on which they will build their house before they get married.

A couple must first gather a supply of coral to reclaim a piece of land on the outer part of the island. Each couple is allocated a small piece of land measuring about six-by-twelve meters. So Bungin grows a little bit with each new marriage. The entire community will pitch in to help a couple gather the coral, reclaim the land from the sea and build a house.