It was just another Sunday morning, but I was nervous. I had a breakfast appointment with Elizabeth D. Inandiak, a very formidable French lady who has translated a whole ancient Javanese transcript, “Serat Centhini” and gave it new life. I wanted to know, what possessed her to take on that difficult task.

Not only that, she has also written Le Banian Blanc (The White Banyan – 1998), a book on myths and legends surrounding the Merapi volcano (central Java), with illustrations by painter Heri Dono.

Having read Centhini Kekasih yang Tersembunyi (Centhini, the hidden lover), which was published in 2008, courtesy of Elizabeth and her daughter, Sarah, I have been intrigued. It was not an easy task, imagine this, she first had to compile all the poems, translated it into French, and then had it translated to Indonesian and added her own understanding of the amazing literary treasure. My mind boggles. How did she do it? Why did she do it? I couldn’t wait to find out more.

This is what Jakarta Post has written about Elizabeth and her journey to ‘find’ Centhini,

Elizabeth D. Inandiak may be a French citizen but her dedication in translating and adapting the early 19th century Javanese tale Serat Centhini mirrors her loyalty to Indonesia, her new home.

She arrived in Indonesia back in 1989 to research cultural and traditional Javanese beliefs, she came across the encyclopedic work by chance.

In that instant, Inandiak was charmed and overwhelmed by the poem, feeling she had found a friend that would accompany her on her life’s adventure.

“When reading Serat Centhini, it was as though I had found my soul mate to explore life with,” the 50-year-old writer, who has been living with her teenage daughter Sarah Diorita in a quiet village in Yogyakarta for the past 18 years, said in fluent Indonesian.

Centhini dates back to 1815, when this immense compendium of hermetic knowledge in the form of a suluk (mystic poem) was inspired by crown prince Anom Amengkunagara III of the Surakarta royal palace.

Inandiak recalls that her interest made her stay for more than six months in her room, reading and then translating the work into French. In 1994, Inandiak’s translation came out as a novel, but was not enough to satisfy her.

“I felt that my translation was unable to match the extraordinary contents of Serat Centhini. There are many issues that inspired that work that I wasn’t able to pour into *my* novel,” Inandiak says.

She then went to the French embassy in Jakarta where she met then ambassador Thierry Martin de Beauce, a man of letters and a poet himself.

Inandiak told the ambassador about a mystical medicinal and magical flower, the Wijayakusuma, which was said to bloom only at midnight while releasing a divine fragrance, but only to fade before sunrise.

“This was very philosophical. He was so impressed. I was asked to look for as many references as I could and talk to as many people to get the best results, and the French government was ready to help,” she said.

The epic is based upon the journey of three siblings, two princes and one princess, who flee the invader, Sultan Agung of Mataram, in 1635. Their father, Sunan Prapen of Giri, is imprisoned by Sultan Agung, who succeeded in subduing most of Java by the early 17th century. The story of the Giri kingdom’s invasion is based on fact.

The epic poem, which is also sung or chanted, unfolds many issues – even the sex lives of the palace people using words that are often considered taboo but presented through the art of literature.

Inandiak says the work touches on free sex and lesbian and gay lifestyles, which many people consider to be aspects of Western culture.

“But don’t be surprised because the concepts of free sex found in the story can also be found in temple carvings. It may be said that the issue of free sex in Java has become the inspiration for Western people,” she said, laughing.

The positive response of the French government made her even more determined to meet the challenges and find the spirit to translate Serat Centhini.

“This is an extraordinary and classic work of literature. My country is interested in learning about it and wants it translated into French, but I wonder why modern Javanese people don’t care about it? It’s a shame this very extraordinary literary work is not used or read to learn about life.”

Aware of her limitations in understanding the language and Javanese culture, Inandiak has developed friendships with many literary figures in Yogyakarta also concerned about Javanese culture.

She has also read many references that have analyzed Serat Centhini and has consulted people, including former president Abdurrahman “Gus Dur” Wahid, who is also a noted Islamic scholar.

“From Gus Dur I gained a useful reference. He said Serat Centhini doesn’t just belong to the Javanese people. Even in pesantren (Islamic boarding schools) in Sumenep Madura, there are variations of Centhini which are in Javanese language but with Arabic letters called Pamongrasa. Gus Dur said once every year the Pamongrasa is read in the pesantren all night. This is very extraordinary,” Inandiak said.

After years of work, she was able to publish a French translation of Serat Centhini (originally in the ancient Javanese language Kawi), in a novel in France in 2002.

Inandiak said the beauty of the poem is not merely in its words but in its music, songs and alliteration, inspiring her to rewrite everything anew in French, especially for an audience not familiar with Javanese mythology.

For her translation and adaptation of the literary work, Les Chants de l’Ile a dormir debout – Le Livre de Centhini, she received the 2003 Literary Prize for Asia. 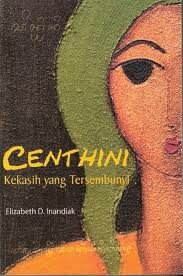 
The four volumes were made into one book, titled Centhini Kekasih yang Tersembunyi (Centhini, the hidden lover).

Her dream to see Serat Centini be brought to life when staged as a drama has also become a reality, it has since toured Indonesia, Spain, India and soon in Malaysia in mid 2011.