Russia has offered Indonesia to cooperate in the nuclear field. The offer stipulates the construction of the first nuclear-powered electric power plant in the country. Russian experts believe that Indonesia, being the country of many islands, may show interest in Russia’s state-of-the-art technology of building floating nuclear power plants.

For the time being, it goes about the construction of a conventional nuclear power plant on Indonesia’s largest island, Sumatra. The deal with Indonesia may trigger the speedy development of the Russian nuclear industry as Russia may obtain prospects for entering the markets of other Asian countries such as China, Turkey and Vietnam.

“Taking into consideration the fact that Indonesia is a large archipelago, it may go about the construction of floating nuclear power plants. I believe that this project will be one of the arguments that will attract Indonesia’s attention and the country will accept Russia’s nuclear cooperation offer,” State Duma official Igor Igoshin said.

In the beginning of July, Russia launched the head floating power block “Akademik Lomonosov” in St. Petersburg. The block will become the first element of the world’s first-ever floating nuclear powered station. The station will hold the capacity of producing electric power and heat for 200,000 people. If the station is used for processing sea water, it will be able to produce 240,000 cubic meter of fresh water a day. 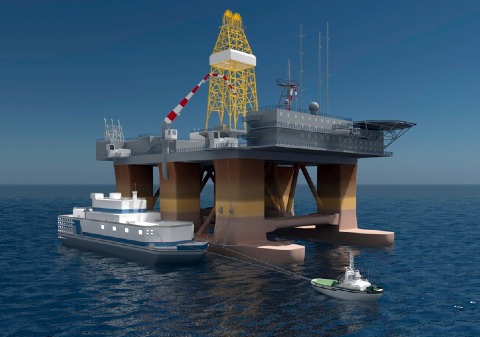 SharePrint version Font Size Send to friend The market of desalinated water was evaluated at $3 billion in 1995. The market value will grow to $12 billion a year by 2015, according to the IAEA. The shortage of fresh water in the world will increase to 1.3-2.0 trillion cubic meters a year, according to the UN. The basic consumers of desalinated water are situated in the Middle East (70%), in Europe – 9.9%, in the USA – 7.4% (presumably California and Florida), in Africa – 6.3% and in Asia – 5.8%.

For the time being, it is too early to ascertain that Indonesia will agree to cooperate with Russia in the field of the nuclear industry. Indonesia has been planning the construction of the nuclear power plant for many years, but the government still tries to win the support of the population for the project.

Indonesia does not conduct any direct talks on the matter yet in spite of the fact that the IAEA approved the project and the construction locations have been set. Russia, being one of the world leaders in the nuclear industry, hopes to take part in the tender for the construction of the nuclear power plant in Indonesia, and the project will be launched sooner or later.

Indeed, Indonesia and Russia have much more in common than it may seem at first sight. Russia is the largest country on the planet, whereas Indonesia is the world’s largest island state. It has more than 13,600 islands of which over 6,000 are inhabited.

Like Russia, Indonesia presumably exports oil and gas. Indonesia used to be the world leader in terms of the production and sales of liquefied natural gas. The nation’s share in this business has been declining during the recent years, having dropped from 20% in 2002 to 16.7% in 2005. However, it still remains a major supplier of liquefied gas in the Asian-Pacific region.

It is worthy of note that Indonesia may become the world leader in geothermal energy. There are from 500 to 600 volcanoes in Indonesia (129 active volcanoes). The country holds up to 40% of world’s reserves of underground heat that can be used in the energy industry.

The development of geothermal branch of the energy industry may considerably reduce the consumption of oil already during the forthcoming five years. By 2025, Jakarta plans to ensure the production of geothermal energy of 9,000 megawatts which will save four billion of barrels of oil.