What Do You Know About Indonesia Pavilion In Shanghai’s Expo World 2010?

Indonesia attended the expo world in Shanghai, China. Every nation got each pavilion so did Indonesia. Indonesia’s theme at this expo was called biodiversity city. Bamboo waterfall marked Indonesia Pavilion. The pavilion was designed on 4000 square meters area and located within zone B of the expo site.

The exterior of the Indonesia Pavilion is covered with greenish bamboo sticks and some bamboo grows out of the pavilion ceiling. With a special fiber that is strong and breathes well, bamboo has long been favored as a construction material. The use of bamboo for the Indonesia Pavilion symbolizes the synergy between the traditional and contemporary lifestyle of Indonesia.

A 600-meter passageway runs through the whole pavilion. A high waterfall will be created in the middle of the building, creating a unique view in the pavilion. Water falls in different forms, and the small drops fall like countless dazzling pearls. Visitors’ view of the waterfall will change as they go upwards along the passageway.

The Indonesian restaurant is undoubtedly a world of pleasure for the culinary adventurer. At the restaurant, one can try traditional Indonesian food, including Satay and Nasi Kuning, while enjoying Indonesian singing and dancing.

The audio exhibition area on the pavilion’s second floor displays seven musical instruments, including the guitar, Chinese Erhu and traditional Indonesian percussion instruments. Professional bands will also perform there. Visitors will have the opportunity to play the exhibited musical instruments to create their own music.

4.  Sculpture of Zheng He 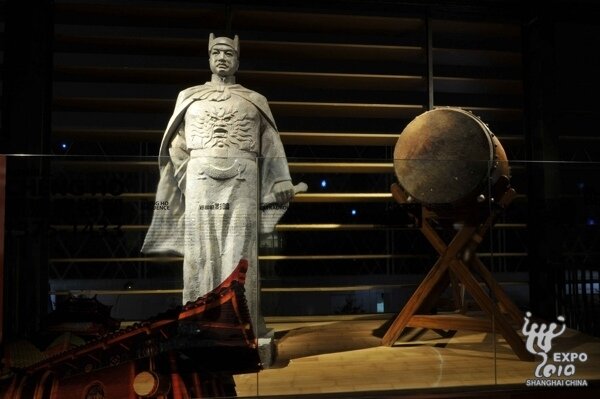 Zheng He, the Chinese explorer who made seven voyages to the Western Ocean, initiated the bilateral diplomatic relationship between China and Indonesia. To commemorate this history, the pavilion recreates the scene of “The Great Voyages of Zheng He” by erecting a three-meter sculpture of Zheng He and a traditional Indonesian ship on the second floor of the pavilion.

Arroisi - who has posted 49 posts on Good News From Indonesia.

8 Responses to “What Do You Know About Indonesia Pavilion In Shanghai’s Expo World 2010?”