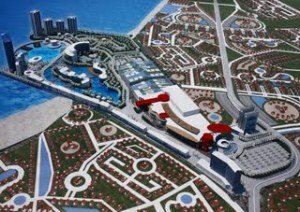 It is the largest Indoor Theme Park in the World. Having more than 20 game sites and various facilities such as the Mall, Restaurant, Hotel, and Marina. Half of the building was half-completed in 2009 and in 2010, they’ll continue the expansion of the main building. Trans Studio Theme Park World Makassar adopted the concept of Universal Studios in the United States. 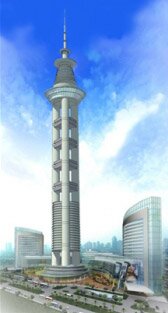 Jakarta will soon have one of the world’s tallest tower. The initial plan was 558 meters high, now it will be 30 meters taller, according to latest report.  Jakarta tower 558 meters high will overpass Oriental Pearl Tower, Shanghai, 460 meters tall, KL Tower in Malaysia, 421 meters, and the CN Tower in Canada as high as 533 meters. Jakarta Tower will also serve as traffic control and national fiber optic network in Jakarta. 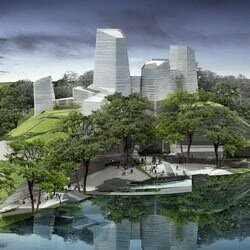 Indonesia will have a very modern library, the largest and most beautiful in the world that will be located at University of Indonesia (UI) in Depok within area of 2.5 hectares. Building site located on the edge of the lake Kenanga University of Indonesia and is about 100 meters from the Rectorate Building. This library building will have a building area of 30,000 m2 and consists of eight floors, designed to withstand earthquakes and environmentally friendly. Development of this library is one of the UI effort towards World Class University and entered ranked 100 of the best universities in the world, which is likely to sooner than expected. 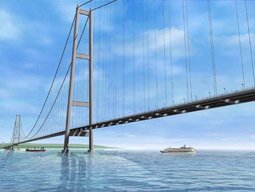 Sunda Strait Bridge is one of the major projects making bridges across the Sunda Strait connecting the island of Java and  Sumatra.
It will be the longest bridge in the world’s first built in the middle span to 2200 meters. It will also be equipped with two-lane train tracks. 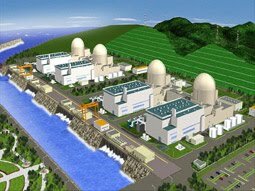 Muria nuclear power plant development will begin in 2012 and is planned to be ready to inaugurate in 2016, costing $3 billion. IT is planned to have six nuclear reactors with each reactor can will produce 600 MW or total of it 3600 MW. 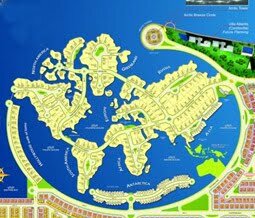 On the island of Batam to build artificial islands resembling a map of the world’s largest in the world of real estate beats Dubai’s real estate. Some of the area obtained from the reclamation. Site plan was designed like a giant lagoon which the middle arranged to resemble a miniature map of the world with different continents: Asia, America, Europe, Africa, and Antarctica. Coastarina settlement is a breakthrough concept, inspired by the Palm Islands in Dubai, UAE. 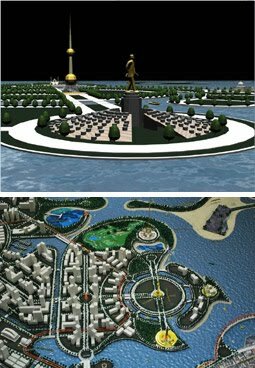 Makassar will have a super magnificent area as a center of business, tourism and education, called Center Point Of Indonesia. Center Point Of Indonesia will be built in the region with a total area of 600 hectares that would have towered building construction, business and government centers, entertainment areas, hotels are world-class hotel with a golf course with a view to the sea and spectacular view to the islands in the Gulf Makassar. In this area will also be built the new presidential palace.

Center Point Of Indonesia will be equipped with two wide highways each 40 meters, Waterway, monorail and busway. Monorail in the CPI will connect this region to the center of Makassar, to the Sultan Hasanuddin International Airport.
Center Point of Indonesia also will be equipped with a tower that resembles the Oriental Pearl Tower in Shanghai. In addition, the Center Point of Indonesia will pamper guests because it is integrated with the Trans Indoor Theme Park Studio, because it will be bypassed by Monorail. 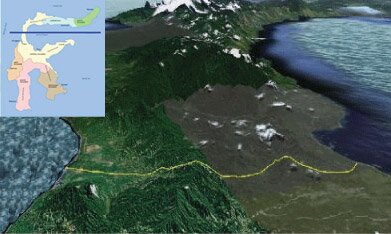 In Sulawesi IV Consultation Six Sulawesi governor initiated a development “Canal Equator” which cut the neck of the island of Sulawesi. Sulawesi Island would later split in two, because it is separated by the sea in the channel which will be named Canal Equator. If the plan is realized, then this channel will be the third canal in the world, because now only two channels, namely, the Suez Canal in Egypt and the Panama Canal in Central America. Equatorial canal can become an international sea lane crowded and will shorten the transportation distance from the eastern Sea of Sulawesi towards western Indonesia, as well as the Philippines and Malaysia. 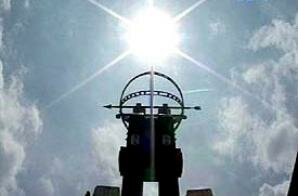 Indonesia will have a sundial or clock the sun highest in the world. Of all the cities through which the Equator line, there is only one city in the world that is split or crossed exactly by the Equator line, the city of Pontianak. Development sundial at locations around the Pontianak equator monument will estimated cost of Rp76, 6 billion with an area of 44.1 meters. The monument will be built with 71 meters high, so that will make a highest sundial Equator monument  in the world. Around the sundial monument will be built small sundial as many as 17 small-sized. Figures 17 and 71 taken from Pontianak birthrates. To strengthen the City of Pontianak icon as city of Equator line will also be built Equatorial Twin Solar Telescope, Museum Gallery, Science Center, a commercial area, amphitheater, and the Convention on the monument area.