“The Tielman Brothers were the first Dutch-Indonesian band that successfully went international in the 1950s.” (Wikipedia) 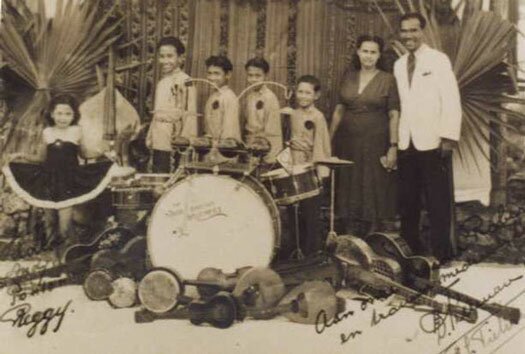 They were gifted and were given lots of supports from Dutch people in Netherlands. They were known most in Europe than in Indonesia, because of their existence in performing more active in Europe and had gone famous long before The Beatles, even The Rolling Stones.

They are 5 Tielmans, 4 brothers (Andy, Reggy, Ponthon, Loulou (Herman Lawrence)) and the sister named Jane (Janette Loraine). The story of the band began in Surabaya, Indonesia, when they performed some folk songs in 1945. From the first they knew music, Reggy always wanted to play banjo, Ponthon had been attracted to play double bass, Andy learned lead guitar, and Loulou the drummer.

It grew very well, because of their dad, Herman Tielman, gave full-supporting moments and always caught on time. December 1949, they performed in presiden Soekarno’s palace, then they began to cover some hits and pop singles from the top major artists in 1950s, such as Elvis Presley, Arthur Smith, Bill Haley, Les Paul, and many more. 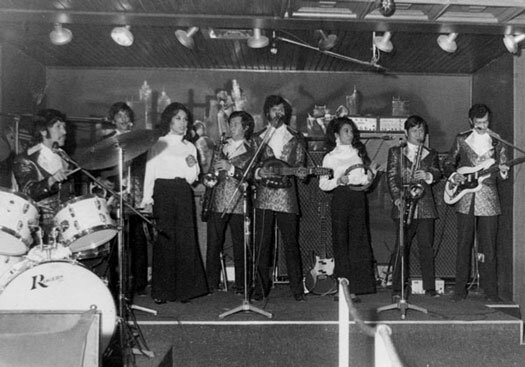 Continued. The Tielman Brothers, Imperial Recordings & Ariola (1960-1963) for the brothers plus Franky Luyten (rhythm guitar and vocals). Rumours said, Luyten was married to the family member or a cousin. Franky also went to Germany and had been a part of The Tielmans until the middle of 1964. Then they rebuilt the band to The Tielman Brothers (1963-1964). Jane came back to the band plus the additional lead guitarist, Alphonse Faverey. The presence of Alphonse Faverey began when Andy and Reggy had a car accident. Reggy recovered after 2 weeks, but Andy was 4 days in coma and his arm was broken. The band needed a replacement for Andy’s part. Alphonse with his band, The Strangers had split for a moment till Andy got his place back. During Andy’s status was still recovering, the band was less good even more the guitar playing. In 1964, Alphonse Faverey and Franky Luyten were drafted for the Dutch military service. For the same name in 1964-1969, a guy named Hans Bax came along.

These guys were so great and had defined what music itself. Indonesia should be proud.