At first glance, you would have thought the band was form by a bunch of proud Indonesian boys who wanted to show off their love for their nation.

Myspace described them as,

Indonesia – band was founded in St-Petersburg in autumn 2007. The musicians’ main aim is to play high-quality rock-music including original arrangements and perfect melodies. There is a strong accent on expert combining of classical western rock and modern progressive sound elements. After the months of the rehearsals and recording demo sound-track “Pretty Colours” Indonesia regularly performs in numerous clubs of St.-Petersburg and Moskow. Mad dynamics and drive distinguishs each Indonesia set, that immediately helps the band to find their own fans.

You can also view their official website here however, it’s in Russian, of course. 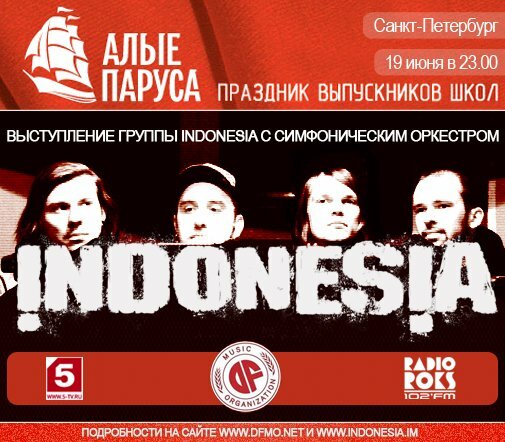 We do hope the band would one day set foot on our shores. The Russian’ INDONESIA band performing in Indonesia, now that’s something to look forward to.

Here their recent performance on June 19, 2010 in St. Petersburg: