Who Gives Indonesia A Soft-Power Edge?


Which of the Presidential Candidates Gives Indonesia a ‘Soft Power’ Edge?

Has Indonesia finally found its place as one of the world’s leading nations? No doubt, the answer is yes.

And yet in the face of a global economic and financial crisis, the worst in decades, Indonesia is not at all seen as part of the problem. It is clearly regarded as a considerable part of the solution. It is one of three Asian countries — the other two being China and India — that today serve as icons of economic resilience.

While it is not a population billionaire like these two Asian giants, its domestic market of around 230 million is nothing to sneeze at. It represents about 40 percent of the Asean region. And that large domestic market happens to boast the most confident consumers in the world.

When your consumer confidence is given a positive rating of 104 by the Nielsen Company in spite of a raging economic and financial crisis, you deserve some respect.

And Malaysia’s new prime minister, Najib Tun Razak, paid Indonesia a compliment recently when he visited Jakarta just 20 days after assuming power. Explaining why he chose to visit this country ahead of any other, he said simply that Indonesia had 10 times the population of Malaysia. He was, of course, speaking as the leader of a trading nation who knows where his consumers are.

In agriculture, Indonesia has not been a slouch. While the world remains in the grip of a food security crisis, Indonesia has a rice surplus of three million metric tons ready for export. Among its first customers could be Malaysia and the Philippines.

And although Indonesia is not yet in the lineup of the four biggest emerging economies — Brazil, Russia, India and China, the so-called BRIC countries — there are many thoughtful international observers who think that the acronym should soon be BRIIC, with the additional “I” representing Indonesia.

Forget economics and look at the world in geopolitical terms, and Indonesia comes out as perhaps the world’s most strategically located country. It straddles the Indian Ocean and the South China Sea, the two most important ocean routes in the world today, a lot more important than the Atlantic Ocean. 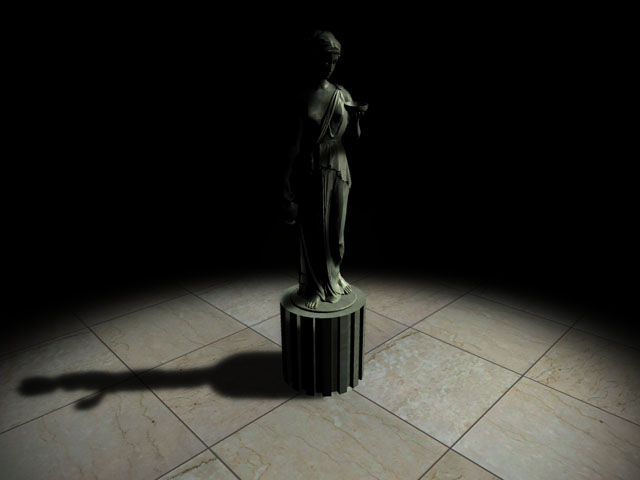 Indonesia is one of three countries — the other two being Malaysia and Singapore — that guard the Straits of Malacca, through which pass the petroleum supplies from the Middle East that keep the economic powerhouses of East Asia fueled.

It is true that Indonesia does not have Malaysia’s masterly touch at national branding in the field of tourism. But in the political realm, Indonesia has succeeded in cultivating a positive image as Asia’s most effective advocate of democratization and as the world’s third largest democracy, after India and the United States.

It is also projecting itself as the land where Islam, democracy and modernization are flourishing together — a claim the president of the United States, Barack Obama, praised in his recent speech to the Muslim world from Cairo. It also does not hurt that Indonesia is the country in which President Obama spent some of his formative years.

That fact helps Indonesia in its practice of soft power. Not having much, if any, hard power to speak of, Indonesia has been a longtime advocate and wielder of soft power, the ability to get what you want through co-option rather than through the use of force or direct payment.

During the 1990s, Indonesia lost much of whatever soft power it had. First, the Cold War ended and Indonesia was no longer useful to the West as a buffer against the encroachment of communism. Second, the repressiveness of the Suharto regime was exposed to the hot glare of international public opinion. Soft power, you see, works for a country only when it lives up to the values it espouses.

But today, after a decade of reform and a successful transition to democracy, and having recovered from the devastation of the Asian financial crisis, Indonesia has a large reservoir of credibility, goodwill and respect among its neighbors and partners.

In this light, which of the three presidential candidates is likely to maintain or increase the soft power that Indonesia enjoys and wields today? That is not difficult to answer.

When Megawati Sukarnoputri was president, she was capable of sweetly inviting a group of foreign businessmen to invest in Indonesia in the morning, and in the afternoon she would be very willing to denounce the multinationals. She would be in Bali delivering a keynote speech at an international conference co-hosted by a neighboring country and suddenly she would launch a tirade against the co-host.

She was playing to the grandstand of domestic politics, of course, but it makes you wonder if she has any sense of international realities.

As to Vice President Jusuf Kalla, he has recently spoken strongly against foreign investors in a way that gives the impression that wants to increase protection for local business interests. It may be just election campaign rhetoric that is subject to nuances and fine-tuning at a later date, but it makes you wonder whether he knows what damage protectionism can do to a nation’s economy.

By adopting a protectionist orientation, a nation surrenders its soft power. Worse, it invites retaliation by other countries. In a battle of protectionist policies, there are no winners. Only losers.

In the case of President Susilo Bambang Yudhoyono, he can reasonably claim that much of the soft power that Indonesia wields today has been earned during his watch. During his tenure, Indonesia has completed its fence-mending with Australia and launched strategic partnerships with China, South Korea and Japan.

His administration has effectively repudiated protectionism. He took up the cudgels for the developing world in such prestigious forums as the G-20. And, of course, the Bali Roadmap on climate change and the Bali Democracy Forum, the only intergovernmental forum on democracy and political development in Asia today, will always be part of his legacy.

To be fair, nobody knows if Megawati would again play to the grandstand of domestic politics if she were given another chance to serve as president. And nobody can be sure that, given the same chance, Kalla would not drop his protectionist rhetoric and prudently adjust to the realities of a globalized economy.

But if you are looking for someone who has a track record at wielding soft power for Indonesia and making the country a respected emerging economy, i think Indonesia needs to have a leader with soft approach.

Quoted from : The Jakarta Globe

Photo is taken from here.

Share this Good News!
One Response → “Who Gives Indonesia A Soft-Power Edge?”
Click here to cancel reply.
Leave a Reply